This is a guest post from ESI of ESI Money, a blog about achieving financial independence through earning, saving, and investing (“E”, “S”, and “I” — get it?). It’s written by an early-50s retiree who achieved financial independence, shares what’s worked for him, and details how others can implement those ideas in their own lives. (Note: ESI is also the owner of Rockstar Finance, the leading curation site for top personal finance articles.)

Like J.D., I’m a recent convert to coffee. For most of my life, I preferred to consume my caffeine cold in the form of Diet Coke. And then…fate intervened.

Four years ago, when my family moved to Oklahoma, my sister-in-law gave us our first Keurig coffee maker. I thought, “That’s an interesting gift for a family that doesn’t drink coffee.”

But a set of sample k-cups came with the machine, so we started trying them.

The kids liked the sugary cups which were more like hot chocolate than coffee. And I found that I liked the taste of coffee now and then. I played with combinations of coffee, sugar, and milk until I found out I liked it a lot. I later dropped the sugar and went straight for the coffee/milk combo.

Within a month or two, I was hooked. But I started wondering: “We’re drinking a lot of coffee. Is this the best deal? What are my options for finding the best cheap coffee?” Because I’m a money nerd, I decided to find out. 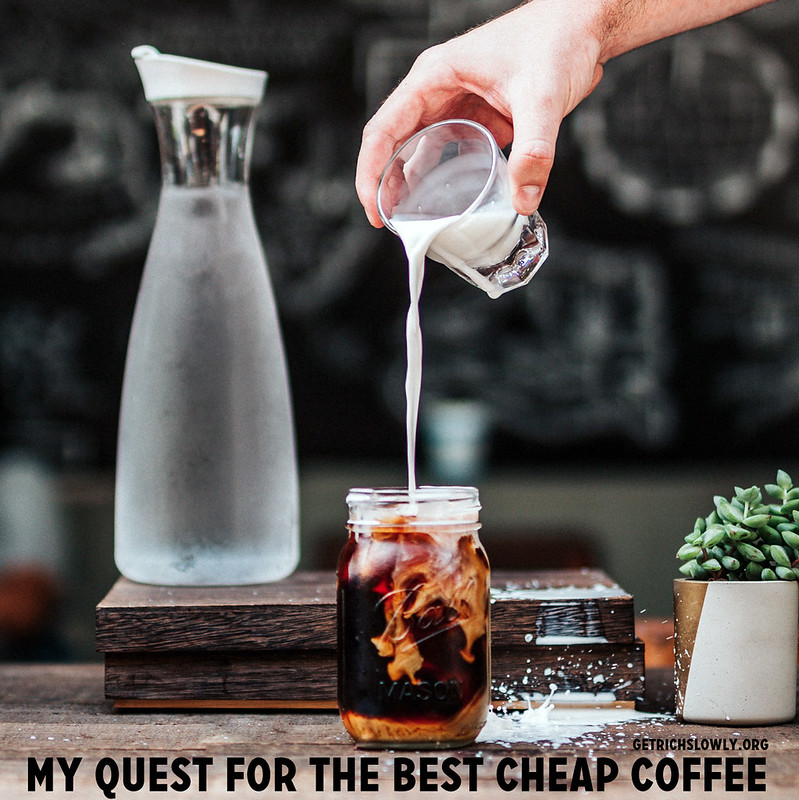 As some of you know, the often-derided phrase “the latte factor” was coined by David Bach in his book The Automatic Millionaire.

It was meant to illustrate the impact small purchases can have on a person’s finances. Small expenses don’t seem like much, but they add up over days and months and years. By minimizing small expenses and saving the difference, a person can build wealth over time.

Bach used coffee as his example, but he could have used any number of small purchases to illustrate his point, anything where money trickles out here and there — a daily muffin at Panera, a soda or two in the machine at work, lunch out every day, and so on. (Rumor has it that J.D.’s “small leaks” include movies from the iTunes store.)

When we got our Keurig, my brother-in-law had given me a rule-of-thumb for buying k-cups: 50 cents or less per cup was a “good deal”. So I had a guideline to work against as I decided what I should spend on coffee.

As my coffee obsession grew, I discovered Starbucks (of course) and learned that a latte can really rack up the spending. I don’t know about where you live, but in my corner of the world a venti latte with only one shot costs $4.60.

Put that into any financial calculator at a couple lattes a day for 20 years and it adds up to some serious moo-lah. (Get it, “moo”-lah and “latte”? Never mind.)

Anyway, that sort of spending could derail retirement if it got out of control.

Soon after I retired, I started walking quite a bit (my goal is 15,000 steps per day). It was ever-so-natural to stop by our local Starbucks and grab a latte while I was out. One was particularly nice on those cold Colorado winter mornings.

By the time I had racked up three free lattes with Starbucks points, I started thinking this habit was way too expensive to have in retirement. Yes, I could afford it if I had wanted, but that’s just not how I roll. I thought I could probably make my own latte that tasted just as good for a lot cheaper.

And so the challenge was on!

At my last employer retirement, many of my co-workers were hard-core coffee aficionados. I’d go to the kitchen and be surrounded by all types of coffee, various machines for making it, and different techniques that were “guaranteed” to make the “best” coffee. At least that’s what each person claimed — that their method/beans/process resulted in the best tasting coffee possible.

I asked questions and discovered the world of pour overs, French presses, and all sorts of things that were previously foreign to me — each claiming to be better than the rest.

In the end, I knew I needed to try several alternatives to see what tasted best to me. I began to experiment with the following:

While doing this, I tracked the cost per cup to see how low I could get the price. After all, I was retired and had plenty of time on my hands!

Through the process I began to narrow down what I liked best. For me, this included:

It was actually a pretty interesting process. A whole new world came to life for me as I experimented. I also supplemented my efforts by reading about coffee online, as well as chatting to anyone who claimed to know anything about making great coffee.

Note: Former money blogger Matt Giovanisci now runs a site dedicated to making a better cup of coffee: Roasty Coffee. If you’re into this stuff, you should check it out.

My Quest for the Best Cheap Coffee

As noted above, I established a couple of baselines before going into my trials:

Those were my benchmarks. But how low could I get the cost and still enjoy what I was drinking?

I experimented with k-cups as high as 70 cents each (usually pretty good) to as low as 30 cents each (Walmart generic cups on sale, weren’t as good). But I thought I could do much better, both in cost and taste.

By this time I had purchased a small grinder. I went to the store and bought a whole host of beans. I used the Keurig one-cup filter to brew them immediately after grinding.

Here’s a list of where I bought my beans, the brand and blend, and the ultimate cost per cup of each from August 2106 to May 2017:

I warned you that I had a lot of time on my hands!

Most of my coffee was purchased on some sort of deal/sale/coupon. I hardly ever paid full retail price except at the beginning when I simply wanted to try a bunch of options. 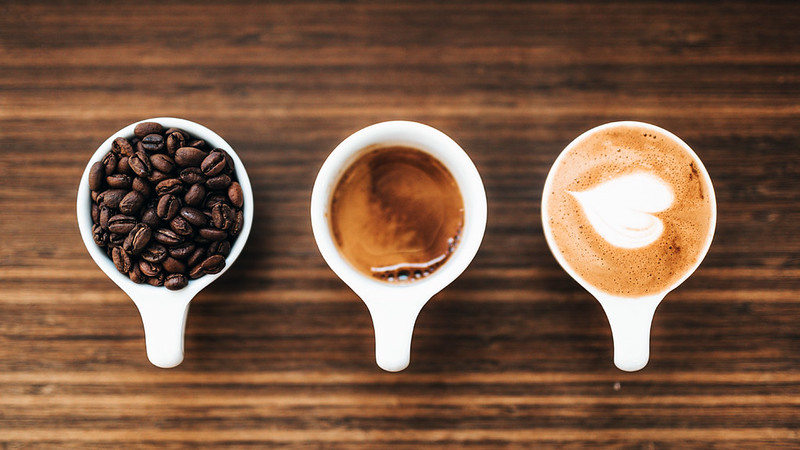 Good to the Last Drop

Through this process I discovered:

As a result, Kirkland has been my go-to coffee ever since I stopped tracking my results. Coffee for 13.3 cents per cup versus $4.60 for the same or better taste was a no-brainer. Yes, I realize the Starbucks venti is larger. That said, I could have 34 cups of the Costco for the same price as one venti latte!

A nice perk is that I can make my favorite coffee at home. It tastes great, I’ve saved a ton of money, and I don’t have to go out at 5:30 am for the cup of coffee I prefer.

After completing my quest for the best cheap coffee, I feel like my latte factor is well under control. David Bach would be so proud. 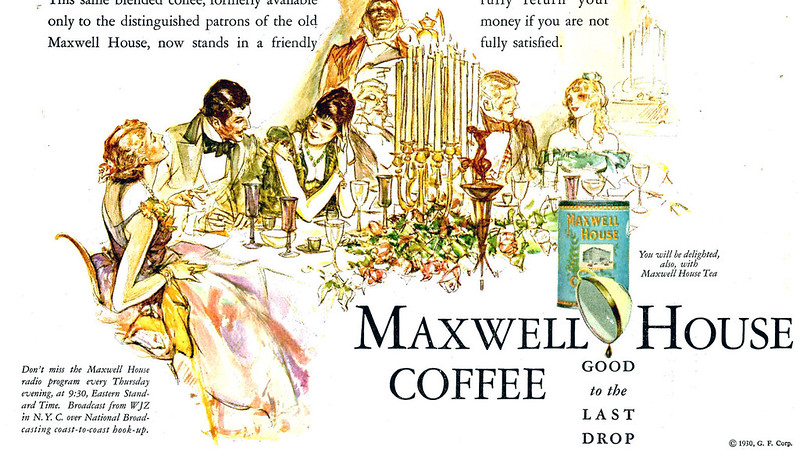